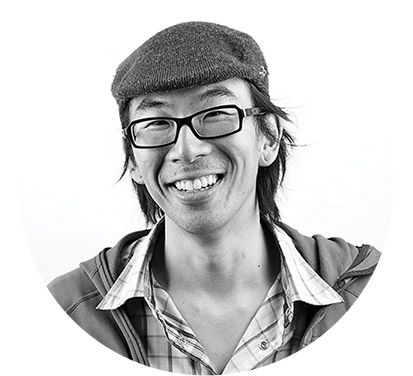 “I'm proud of all the first ascents I've participated in; they're all meaningful in different ways, but the most notable ones involve my best partners and friends, and--ironically--have far less to do with the actual climbing... All great climbs share one thing in common: we leave the ground and begin our ascent one person--one version of our self, if you will--and, yet, no matter how significant the route, we return to find ourselves transformed in some way by the experience. I love that. And the greater the adventure, the more the potential for this to take place. I'd say that the culmination of my climbing life--thus far--would be my time spent in the Greater Ranges, in the Karakorum. For me, the next chapter will involve my daughter and her introduction to traveling, to mountains and to the people and cultures contained within."


Long before Shingo learned about Alpinism, all of his heroes were test pilots and astronauts. As a child, his destiny seemed clear: he’d pursue a career that would train him to fly, then he would apply what he’d learned to the exploration of space in the service of NASA... But, alas, a misspent youth and two bad eyes conspired to keep Shingo grounded—reluctantly, he’d have to settle for something more sub-orbital. It was around the same time that, inspired by his father’s extensive collection of National Geographic, he was increasingly drawn to images and stories from the highest, wildest places of the world. It occurred to him: there remains enough Unknown here, within his reach, for several lifetimes committed to discovery. Suddenly, Alpinism—more specifically, traditional climbing—replaced the dream of space flight as Shingo’s preferred—and, more practical—method of ascent. The die was cast: Shingo became aware of both his life’s chosen path, and of the mysteries still hidden among the steeper, more remote corners of our planet, Earth. Shingo has been extremely fortunate: he’s practiced his craft throughout the Americas, and it’s even taken him to the Greater Ranges. He’s had the privilege to share a rope with some of his best friends and partners, and although not every climb saw a summit, each experience has taught Shingo more about himself, revealed more about the world, than he could have ever imagined. In climbing, he found a creative expression he never knew he possessed, a community to which he’s always felt he belonged and a unique perspective that only a climber’s life could reveal. Shingo says, “See you up there!” Shingo is one of the Wasatch Range’s visionary climbers with a drive for pioneering new routes that is always at full-throttle. He is endlessly contributing to the development of new routes in the Lone Peak Cirque as well as Big and Little Cottonwood Canyons. Shingo is a very pay-it-forward climber, not only is he expanding the climbing potential in the Salt Lake City area but he is also a volunteer liaison with the Salt Lake Climbers Alliance.

"That's why I rely on Grivel for my varied, mountain-travel needs; throughout our 200-year history, we've continued to apply old-world, hot-forged manufacturing techniques to the ever-evolving demands of alpinists, ski-mountaineers--and, even, lowly rock climbers, like myself!" - Shingo


GRIVEL HOW TO FIT A CRAMPON - SHINGO OHKAWA 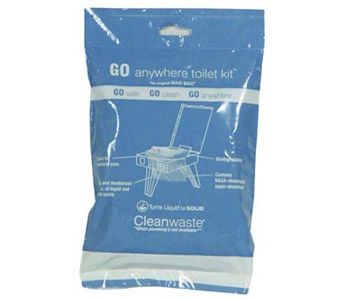 "Never leave the trailhead without them, I say! Despite how private and personal the topic, proper disposal of human waste will--no doubt--become everyone's problem as climbing areas see more and more impact. Keeping the alpine pristine and the water pure is as important to us climbers as the climbing, itself." 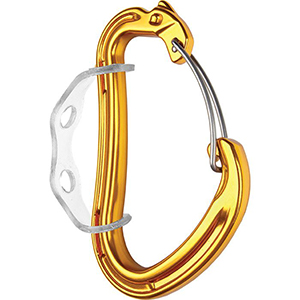 "Why trust all that spendy hardware--ice screws and tools--to cheap, plastic racking 'biners? The Grivel Carryabiner is our oversized, full-strength solution for securing multiple ice screws and/or ice tools to any climbing harness! Stage, remove, and reclip ice screws with confidence while on-the-lead; anchor your entire kit to prevent loss on the descent--especially, if parties may be below you. Climb safely!" 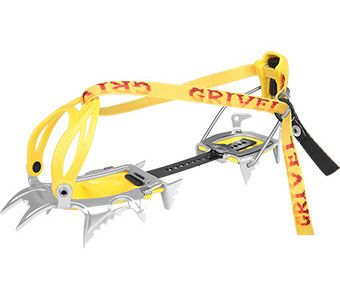 "For me, the best time to be in the high mountains is summer, when the rock is dry--but there's still a fair amount of snow along the approach, as well as atop the objective, en route to the top! The lower-profile points of our Air Tech series presents the best possible combination for classical, mixed alpine conditions: aggressive enough points to climb with precision, but angled back to walk, just as well. And for faster missions involving cold, early a.m. snow travel, I'm never without my alloy, Air Tech Lights!" 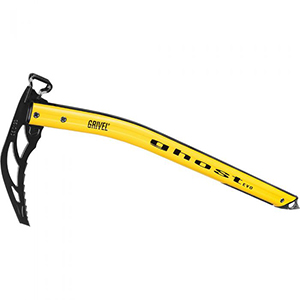 "I can't tell you how many times I've misjudged alpine conditions, even in my home range--which I can clearly see from my front porch! Here's how it typically goes down: I didn't need crampons or even a tool, yesterday, but the clearer-than-predicted night skies and resulting cooler temps hardened the snow... I reassure myself that temps are warming as I make my way toward the objective. But by the time I arrive, it hasn't warmed. A short, steep section of slope--no falls, for sure, but otherwise trivial in softer conditions--consumes precious approach time... and haunts my thoughts of the ensuing descent off the shady aspect. If only I'd brought my Ghost EVO 2.0! EVO boasts even more piolet function with an articulated, G-BONE shaft and a steel spike--more clearance for climbing, better penetration for anchoring. At just over 300g, the 45cm is a no brainer; mountain-travel security never came in such a small, lightweight package!"